You are not connected. Please login or register

Posts : 21
Points : 32
Reputation : 1
Join date : 2010-11-17
Originally named "Mabinogi Heroes" in Korea, Vindictus(by Nexon&DevCat)is a sort-of prequel to Mabinogi- imo one of the most HQ F2P MMO's around. I say "sort-of" because it does not follow an "official" timeline, however the developers have stated that Vindictus supposedly takes place a few hundred years before Mabinogi.

The game is a bit demanding on specs when run in DirectX9, but it has a compatability switch for running on DirectX8 which cuts down fps lag tremendously at the cost of things like specular lighting and such. However, even on DX8 compatability the game is marvelously lush.

The game is very similar to Diablo and Champions of Norath in the sense that it's a dungeon crawler, however, it has it's own elements to make it unique.
(IE: How GunZ, when played normally, is just your typical TPS... but when K/D-style is used, it's another game all it's own.)

The only drawback to Vindictus is that it's entirely P2P when partying and unfortunately it's 99% instanced- just like how gunz maps/gamemodes are, with the exception of the Town/Dock...

If you'd like to check out some vids of Vindictus, start here:
https://www.youtube.com/watch?v=tM2yfu_IqV4

It's a Source game so it has amazing physics. Jiggletits included? Yes. Amen. 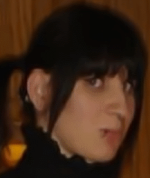